As a regional reporter for one of the most prominent Polish newspapers, I had a chance to write a handful of news stories for online and print editions. One of the most prominent was a co-operation with my colleague regarding the impact of wind power stations on the locals. I’ve also researched and written a comprehensive report regarding the housing debt in the housing market of the city of Radom. Below is an example of my news writing in Polish which is still accessible on the newspaper’s website. At the bottom of the page, I’ve provided a sample of the original news article, written in Polish, translated into English. 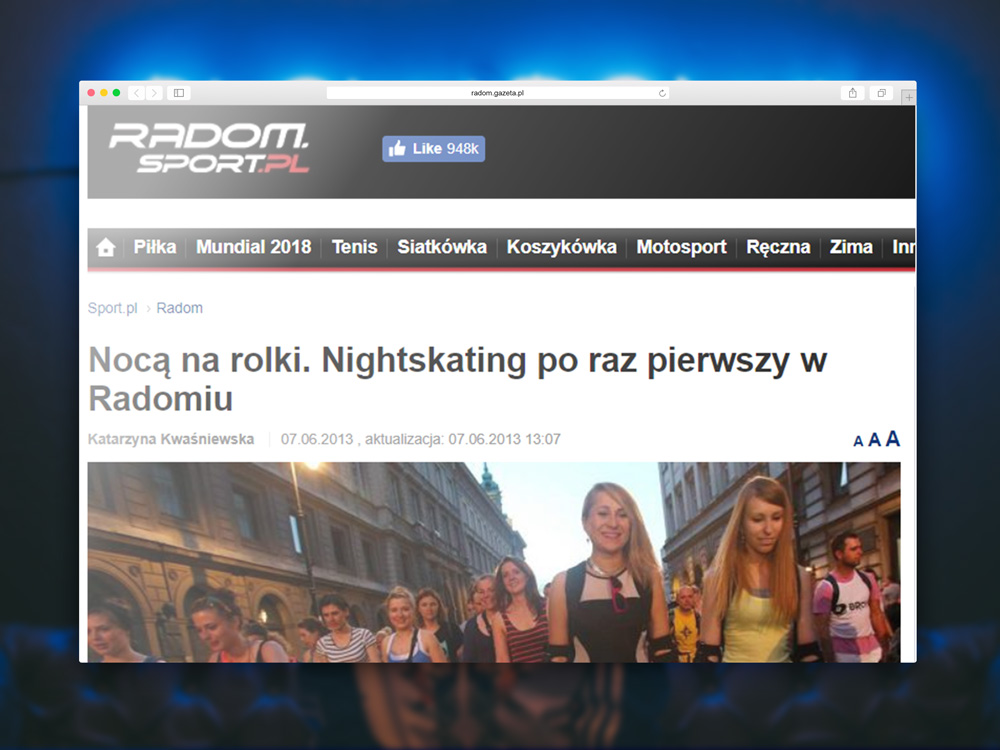 A catwalk on the promenade. Air Radom Fashion Show is back

A catwalk on the promenade. Air Radom Fashion Show is back

The world of fashion will unveil a quick sneak peek of the freshest trends, adapting the pavement of the Radom promenade into a catwalk. During Air Radom Fashion Show, twelve young and promising designers will present their projects – and a celebrity designer Viola Piekut will showcase her newest collection.

Radom Fashion Show is a national contest which helps young creatives to take their first step into fashion. Having surprised the organisers, its last year’s debut caused a lot of buzz in the industry. Twenty young designers competed in the previous edition, and sixteen of them got the opportunity to showcase their work on the promenade. The main prize went to Karolina Marczuk, whose spring-summer collection ”Machu Picchu” earned top marks from the jury. Even more up-and-coming creators enrolled this year; 32 budding designers, who dream of following in the footsteps of world-renowned couturiers and established brands, handed in their projects. Twelve outstanding projects were chosen for the headline gala.

”The committee argued tirelessly for a long time. It was hard to pick the best candidates because the level of skills presented in the contest was pretty high overall,” said Agnieszka Sieradzka, the director of Laznia – the Club of Creative Industries and the Gallery of Radom which co-organised the event. ”At first, we simply assumed that we were going to showcase ten collections. Eventually, we ended up with twelve. It is remarkable for us that people from all over the country submitted their work, and that we were noticed in cities that are important for the Polish design school, such as Lodz, Wroclaw or Bialystok.” she added.

Besides the projects of the newcomers, we are also going to see Viola Piekut’s guest show on the catwalk. Her clothing lines are frequent picks among Polish celebrities. What is more, the popularity of her wedding dresses, promoted as her brand ”Angel”, does not fade away. She keeps her weekend presentation a secret, though.

”We are more than happy that Viola agreed to become a part of the jury and that we are able to feature her projects during the show. For the second time, Poznan International Fair offered a helping hand as well,” Sieradzka explains. ”It shows the positive response that we acquired in the fashion world.”

The most remarkable collections will be rewarded. The designer with the best ideas will receive 3000 PLN and the runners-up will be granted 2000 PLN and 1000 PLN respectively. The organizers reserve the right to award other talented creatives with special prizes.

Air Fashion Show will also highlight the abilities of Radom’s best make-up artists and hair stylists. Michal Kowalczyk from Stara Perukarnia will oversee models’ hairstyles, while Ewelina Rutka from Pretty Woman Studio will take care of their makeup with a bit of voluntary help from the cosmetology students of the local university.

The event starts on Saturday at 8pm on Zeromskiego Street. This year, the final gala, which closes the contest, is also one of the Air Show supporting events.

”Gazeta Wyborcza” holds the media patronage for the competition.